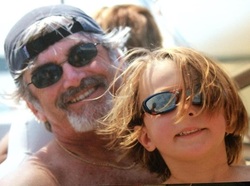 Jack and Al
Al Ortolani’s prose and poetry has appeared in Rattle, New Letters, the New York Quarterly, The Midwest Quarterly, The English Journal, The Quarterly, The Laurel Review, Prairie Schooner, Rattle, Word Riot, Camroc Press Review, and others. He has published 12 full length collections of poetry and 2 chapbooks. His most recent collection, The Taco Boat, is due to be released in the fall of 2022.

Al Ortolani
was born in Huntington, New York and grew up in Pittsburg, Kansas. He was
educated at Pittsburg State University and for the past 41 years has taught in
Kansas schools in Baxter Springs, Pittsburg and Overland Park (Blue Valley) as
well as an adjunct at Pittsburg State University. He has worked as a house
painter, chimney sweep, antique dealer, juvenile counselor, pony handler,
canoeing instructor, gas station attendant and soda jerk. Many of his poems have
been inspired by his friends, family and students. He once claimed to have
cooked the best bowl of chili in the state of Kansas. Al Ortolani was on the Board of
Directors at the Kansas City Writer’s Place and was a co-editor of The Little
Balkans Review and the Little Balkans Press's Strip Pit Poetry Series. Currently, he
is on the Board of Woodley Press, Washburn University. He is a two time recipient of
the Kansas Notable Book Award, and was a 2019 winner of the Rattle Poetry Series. 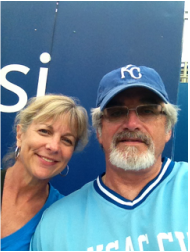 Baseball Season on the Horizon